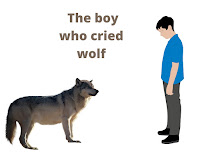 A boy who cried wolf story

Wolves have exceptional hearing and can hear prey from miles away. Their sense of smell is so strong that they can even follow trails months old! Wolves have excellent night vision as well as good sight during daylight hours because their pupils dilate wide open when it gets dark so they can see better with less light available than humans do.

They have four toes on each foot with non-retractable claws which help them grasp prey with their feet while hunting or fighting over food! They also have fur on their feet to keep them warm in cold climates like Alaska where they live year-round! Gray wolves are generally larger than coyotes but smaller than most large breeds of dogs like German Shepherds.

Wolves are the largest members of the dog family. They are closely related to dogs and coyotes, but they are not domestic animals. Wolves live in packs and hunt together.

Wolves are found mostly in northern areas, but they also live in some parts of the south and west. In North America, wolves live in Canada, Alaska, and northern portions of the United States (including Minnesota).

The wolf's coat is made up of short fur that is grayish-yellow on top, with a darker shade on its underside. Its thick fur protects it from extreme cold weather.

Wolves have large paws that help them run fast over snowy ground or through deep snow. Their tails are long and bushy.

Wolves have good hearing and eyesight so they can find prey even when it's dark outside or when there is snow on the ground. They also use their sense of smell to find prey and communicate with each other when they're hunting together in a pack.

Wolves hunt by chasing down their prey until it tires out or becomes weak enough for them to catch up with it easily — then they attack!

How many times have you heard someone say, "Oh come on, that's the boy who cried wolf"? The story of the boy crying wolf is one we've all heard before. It's a story about a shepherd boy who made up lies to try and trick people into believing he saw a wolf. He did this for fun until one day when he did see a wolf and no one believed him. This story teaches us to not believe everything we hear or see.

The Boy Who Cried Wolf is a fable attributed to Aesop, which is told in prose and has been illustrated by many artists. The moral of the tale is that anyone who lies will not be believed even when they speak the truth.

The fable concerns a shepherd boy who enjoys playing tricks on the other villagers. One day he meets a wolf, and since he has nothing else to do, he decides to have some fun with it:

"Help me! Help me! " shouted the boy. "The wolf is eating me!" But no one came to help him because everyone thought he was just making up another story. So, the wolf ate him up.

When the boy didn't return home from tending his sheep that evening, his neighbors went out looking for him, only to find his body lying near an abandoned den with bones scattered around it. The villagers immediately realized what happened: A wolf had eaten him! They rushed back into town and locked all their doors and windows against any further attacks by wolves.

The next day, when no attack came, they began to wonder if there were any wolves in their area at all or if it was just another one of their neighbor's tricks. After all, they had never seen any wolves around.

thick and thin throughout my entire life!sss

Pretty story about Tom and Jerry